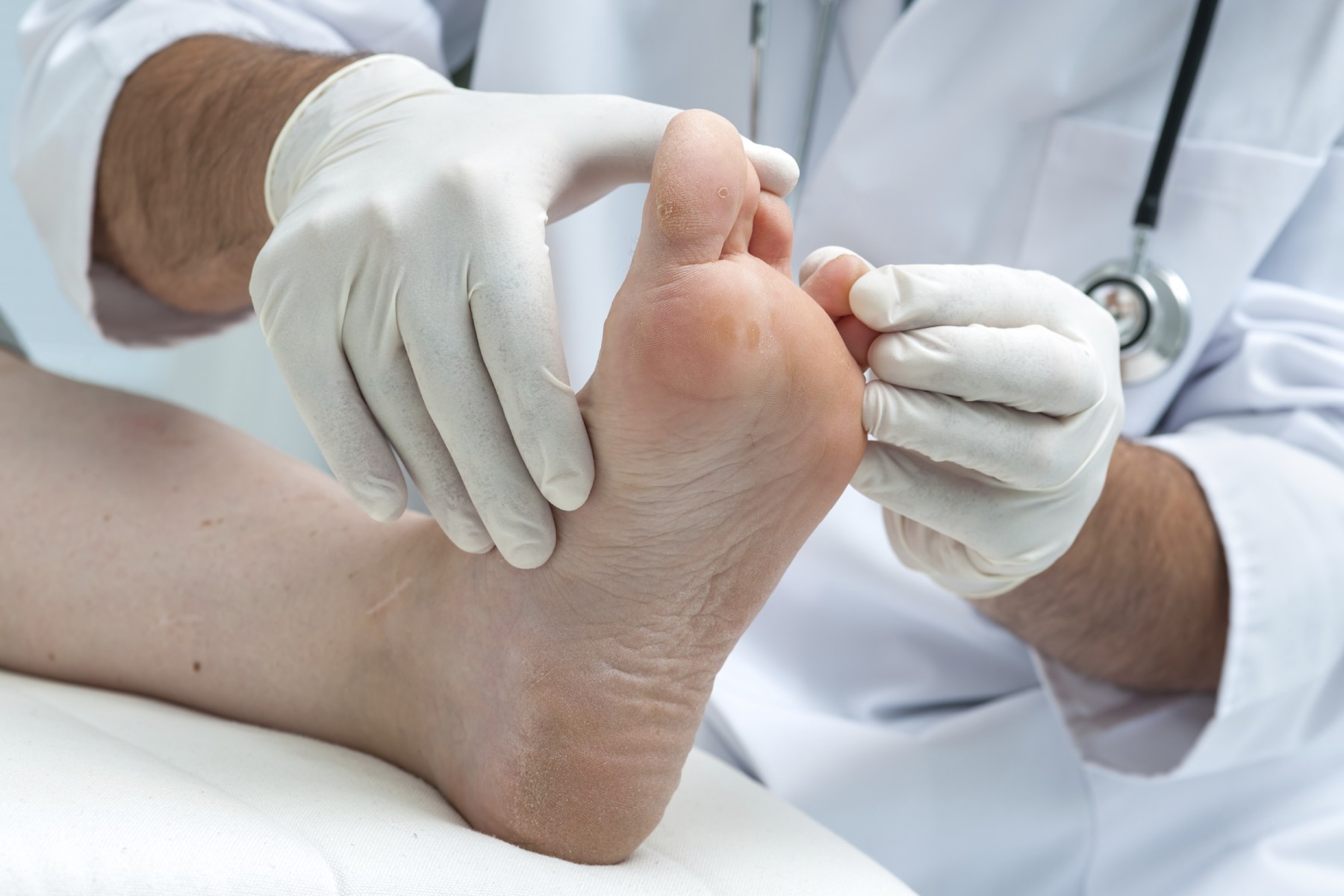 Visit One of America's Top Podiatrists!

Even though bunions are a common foot deformity, there are misconceptions about them. Many people may unnecessarily suffer the pain of bunions for years before seeking treatment.

What is a Bunion?

A bunion (also referred to as hallux valgus or hallux abducto valgus) is often described as a bump on the side of the big toe. But a bunion is more than that. The visible bump actually reflects changes in the bony framework of the front part of the foot. The big toe leans toward the second toe, rather than pointing straight ahead. This throws the bones out of alignment – producing the bunion’s “bump.”

Bunions are a progressive disorder. They begin with a leaning of the big toe, gradually changing the angle of the bones over the years and slowly producing the characteristic bump, which becomes increasingly prominent. Symptoms usually appear at later stages, although some people never have symptoms.

Causes
Bunions are most often caused by an inherited faulty mechanical structure of the foot. It is not the bunion itself that is inherited, but certain foot types that make a person prone to developing a bunion. 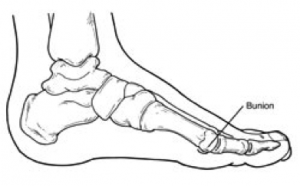 Although wearing shoes that crowd the toes won’t actually cause bunions, it sometimes makes the deformity get progressively worse. Symptoms may therefore appear sooner.

Symptoms
Symptoms, which occur at the site of the bunion, may include:

Symptoms occur most often when wearing shoes that crowd the toes, such as shoes with a tight toe box or high heels. This may explain why women are more likely to have symptoms than men. In addition, spending long periods of time on your feet can aggravate the symptoms of bunions.

Diagnosis
Bunions are readily apparent – the prominence is visible at the base of the big toe or side of the foot. However, to fully evaluate the condition, the foot and ankle surgeon may take x-rays to determine the degree of the deformity and assess the changes that have occurred.

Because bunions are progressive, they don’t go away, and will usually get worse over time. But not all cases are alike – some bunions progress more rapidly than others. Once your surgeon has evaluated your bunion, a treatment plan can be developed that is suited to your needs.

Non-Surgical Treatment
Sometimes observation of the bunion is all that’s needed. To reduce the chance of damage to the joint, periodic evaluation and x-rays by your surgeon are advised.

In many other cases, however, some type of treatment is needed. Early treatments are aimed at easing the pain of bunions, but they won’t reverse the deformity itself. These include:

When Is Surgery Needed?
If non-surgical treatments fail to relieve bunion pain and when the pain of a bunion interferes with daily activities, it’s time to discuss surgical options with a foot and ankle surgeon. Together you can decide if surgery is best for you.

A variety of surgical procedures is available to treat bunions. The procedures are designed to remove the “bump” of bone, correct the changes in the bony structure of the foot, and correct soft tissue changes that may also have occurred. The goal of surgery is the reduction of pain.

In selecting the procedure or combination of procedures for your particular case, the foot and ankle surgeon will take into consideration the extent of your deformity based on the x-ray findings, your age, your activity level, and other factors. The length of the recovery period will vary, depending on the procedure or procedures performed.

Information provided by The American College of Foot and Ankle Surgeons

Are you experiencing foot or ankle pain? Don’t suffer any longer.